One of the largest sporting events in America is right around the corner! 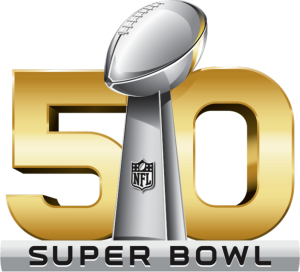 For some people who love football this is a bittersweet game, however for others (those not entrenched in fantasy football and pick em’ leagues) this might mean more family time on the weekends. According to CNN.com, last year’s Super Bowl 49 drew in 114.4 million viewers and is now considered the largest audience in American television history.

We realize that the Super Bowl is not just a football game anymore, but rather a social time for friends and families to get together. We also know that many people end up sitting down for the majority of the day. In a perfect world everyone would spend just as much time in front of a screen as they would be being active and moving around in a given day.

The big game coming up this weekend does not start until the midafternoon on the west coast and even later on the east coast so there should be no reason that everyone can’t take some time before, during or after the game to do some exercising, go for walk or even throw the pigskin around!

Below is a list of suggestions to make sure you get the proper amount of exercising in on this upcoming Sunday no matter if you are on the Broncos or Panthers side!