We are embarking upon one of the best times of the year: apple season! They are worth chomping on just because of their sweet and tart flavors, but luckily they are nutritious and very versatile as well. An apple is a simple and portable snack all on its own. During their peak season, consider adding them to baked goods, cereal, green salads, fruit salads and even soup. Apples are a good source of Vitamin C and fiber. Skip the juice and bite into a crunchy apple. You will get all the nutrition and fiber without added sugar. 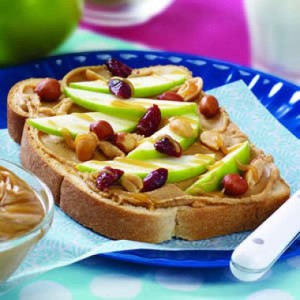 Here’s some fun, healthy ideas for snacks and meals to get the most out of this wonderful time of year:

Tell us – what is your favorite way to use apples?

A day trip to the beach is a perfect

The benefits of yoga have been apprec

NUTRITION
Fruit Juice: Good or Bad?
Advice
How to Get Your Child to Eat More Vegetables
by Jennifer Nelson, MS, RD, CDE [capt
SEE ALL