For our first Fit Kid Squad meeting of the 2014-2015 year, we took the girls to the Pacific Marine Mammal Center in Laguna Beach. 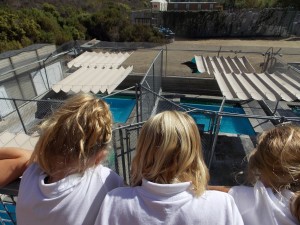 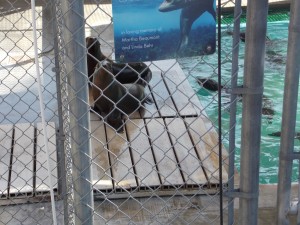 They had an awesome lesson planned out for the girls, teaching them why the seals and sea lions end up in their facility.   The facility typically gets the animals because they are either dehydrated, sick from consuming trash, or because they have been attacked by another animal.  Most of the babies are very undernourished when they arrive, so they are given “fish smoothies” which consists of ground up fish, vegetables, and pedialyte. They are fed this through a feeding tube in their stomach so they can get the nutrients in their system as quickly as possible. 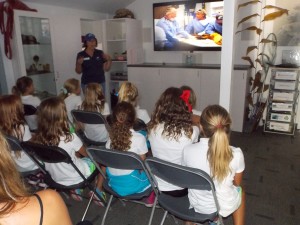 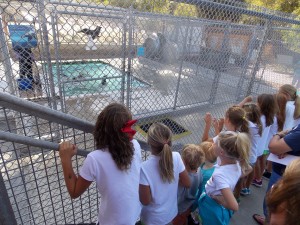 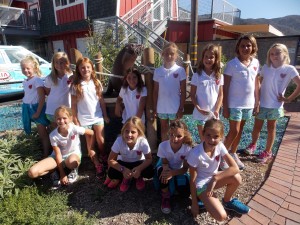 We had a fun Halloween themed snack to complete the day, which included a Jack-o-Lantern tangerine with a celery stick in the top along with an orange cheddar cheese stick and raisins. After they ate their snack we did a fun little workout outside of the marina mammal center where we did relay races and the girls had to walk like seals (bear crawl). 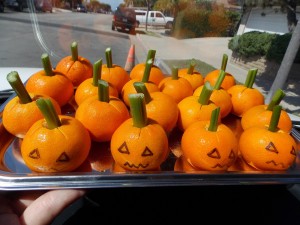 Check back next month when we celebrate Thanksgiving!

A day trip to the beach is a perfect

The benefits of yoga have been apprec

NUTRITION
Fruit Juice: Good or Bad?
Advice
How to Get Your Child to Eat More Vegetables
by Jennifer Nelson, MS, RD, CDE [capt
SEE ALL