While the turkey is cooking this Thanksgiving, why not squeeze in some physical activity? Kids still need 60 minutes of exercise every day, and Thanksgiving is no exception! 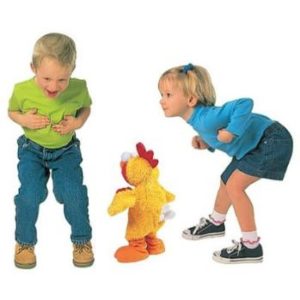 Check out these fun Thanksgiving games from Kids Activities to get the kids moving and having a blast:

On a dozen or more index cards, draw or paste a picture of a turkey. The amount of cards you will have depends on the number of children you have–and how many groups they will be divided into. Each group should consist of about 12 hunters (children) and 12 cards.

Players sit on chairs forming a circle. There should be one more player than there are chairs. The player without a chair is the leader. The leader points to each of the other players to give them a name, such as “Cranberry, Corn, Apple, Turkey,” anything related to Thanksgiving.

Required: A Turkey Mascots You can make a mascot by taping a colored-paper turkey head to one end of a football. You can also simply stuff a brown bag with crumpled newspaper and draw on a face with colored markers.   Directions: 1. In this wacky outdoor contest, team players join up with their elbows linked, and each team is handed a turkey mascot. 2. On cue, the pairs try to make their way to the finish line at the far end of the playing field.